We would like to dedicate this book to (Aunty) Sherry Rowland, friend and publicist. Thank you, Sher, for taking care of us. Even when we're high maintenance and annoying (and especially when you give us "treaties"). We heart you very much.

As usual, we want to thank Dick L. Cast, Dad/Grandpa, for knowing everything biological and helping us with stuff.

Thank you to our amazing agent, Meredith Bernstein, who came up with the fabulous idea that began this series.

We would like to thank our St. Martin's team, Jennifer Weis and Stefanie Lindskog, for helping us create such a wonderful se­ries. In particular a big WE HEART YOU to the talented artists who designed such beautiful covers.

And we'd like to note a special acknowledgment to Street Cats, a cat rescue and adoption service in Tulsa. We support Street Cats (and actually adopted Nala from them!) and appreciate their dedication to and love for cats. Please visit their Web site at www.streetcatstulsa.org for more information. If you're inter­ested in giving to a pet rescue charity we promise that they are an excellent choice!

I would like to send thanks out to my high school students who 1) beg to be put in these books and then killed off, 2) provide constant comedic fodder for me, 3) and will actually leave me alone sometimes so I can write.

NOW GO DO YOUR HOMEWORK. Oh, and expect a quiz.

"New kid. Check it out," Shaunee said as she slid into the big boothlike bench we always claim as ours for every school meal served in the dining hall (translation: high-class school cafeteria).

"Tragic, Twin, just tragic." Erin's voice totally echoed Shaunee's. She and Shaunee had some kind of psychic link that made them bizarrely similar, which is why we'd nicknamed them "the Twins," even though Shaunee is a café latte-colored Jamaican American from Connecticut and Erin is a blond-haired, blue-eyed white girl from Oklahoma.

"Thankfully, she's Sarah Freebird's roommate." Damien nod­ded toward the petite girl with seriously black hair who was showing the lost-looking new kid around the dining hall, his sharp, fashion-wise gaze checking out the two girls and their outfits—from shoes to earrings—in one fast glance. "Clearly her fashion sense is better than Sarah's, despite the stress of being Marked and changing schools. Maybe she'll be able to help Sarah out with her unfortunate ugly shoe propensity.”

"Damien," Shaunee said. "Again you are getting on my damn—"

"—last nerve with your unending vocab bullshit," Erin fin­ished for her.

Damien sniffed, looking offended and superior and gayer than he usually looked (even though he is definitely gay). "If your vocabulary wasn't so abysmal you wouldn't have to carry a dictionary around with you to keep up with me.”

The Twins narrowed their eyes at him and sucked air to begin a new assault, which, thankfully, my roommate interrupted. In her thick Oklahoma accent, Stevie Rae twanged the two defini­tions as if she was giving clues for a spelling bee. "Propensity—an often intense natural preference. Abysmal—absolutely horrible. There. Now would y'all quit bickering and be nice? You know it's almost time for parent visitation, and we shouldn't be acting like retards when our folks show up.”

"Ah, crap," I said. "I'd totally forgotten about parent visitation.”

Damien groaned and dropped his head down on the table, banging it not-so-gently. "I'd totally forgotten, too." The four of us gave him sympathetic looks. Damien's parents were cool with him being Marked, moving to the House of Night, and beginning the Change that would either turn him into a vampyre or, if his body rejected the transformation, kill him. They were not okay with him being gay.

At least Damien's parents were okay with something about him. My mom and her current husband—my step-loser, John Heffer—on the other hand, hated absolutely everything about me.

"My 'rentals aren't coming. They came last month. This month they're too busy.”

"Twin, once again we prove our twin-ness," Erin said. "My 'rentals sent me an e-mail. They aren't coming either 'cause of some Thanksgiving cruise they decided to take to Alaska with my Aunt Alane and Uncle Liar Lloyd. Whatever." She shrugged—apparently as unbothered as Shaunee by her parents' absence.

He sighed. "They'll be here. It's my birthday month. They'll bring presents.”

"That doesn't sound so bad,” I said. "You were talking about needing a new sketch pad.”

"They won't get me a sketch pad,” he said. "Last year I asked for an easel. They got me camping supplies and a subscription to Sports Illustrated.”

"Eeesh!" said Shaunee and Erin together while Stevie Rae and I wrinkled our noses and made sympathetic noises.

Clearly wanting to change the subject, Damien turned to me. "This'll be your parents' first visit. What're you expecting?”

"Zoey? I thought I'd bring my new roommate over to meet you. Diana, this is Zoey Redbird—the leader of the Dark Daugh­ters.”

Glad to be diverted from having to talk about my own horrid parental issues, I looked up, smiling, at the sound of Sarah's ten­tative, nervous voice.

"Wow, it's really true!" the new girl blurted before I could even say hi. As per usual she was staring at my forehead and blushing bright red. "I mean, uh… sorry. I didn't mean to be rude or any­thing …" she trailed off, looking miserable.

"That's okay. Yeah, it is true. My Mark is filled in and added to.” I kept my smile in place, trying to make her feel better, even though I truly hated that it seemed like I was the main attraction at a freak show. Again.

Thankfully, Stevie Rae chimed in before Diana's staring and my silence could get any more uncomfortable.

"Yeah, Z got that cool lacy spiral tattoo thing on her face and down along her shoulders when she saved her ex-boyfriend from some scary-assed vampyre ghosts,” Stevie Rae said cheerily.

"That's what Sarah told me," Diana said tentatively. "It just sounded so unbelievable that, well, I uh ...”

"Yeah. Sorry," she repeated, fidgeting and picking at her finger­nails.

"Hey, don't worry about it." I worked up a fairly authentic smile. "It seems pretty bizarre to me sometimes, and I was there."

I gave her my you-are-so-not-helping-me look, which she ig­nored. Yes, I might someday become their High Priestess, but I'm not exa
Next > 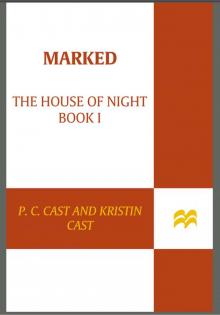 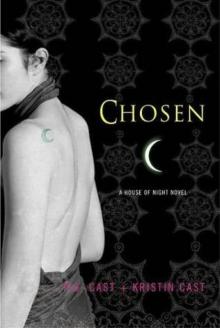 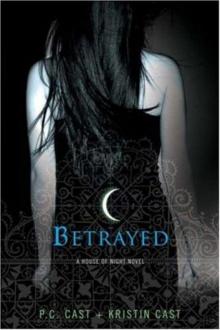